After years of IR&D funding and a year executing a Phase II SBIR, ASI is ready to deliver high fidelity, low cost Extended Reality (AR/MR/VR) Aircrew Training Devices.  These devices have the same high-fidelity aircraft replication as the software running the Full Flight Simulators with a lower price point and life cycle cost.

ASI has developed a high-fidelity physics model for the articulation of the simulated hose and drogue model of a Collins Aerospace EP-8100 Image Generator.

This capability has been a great boon to the training of E-2D pilots as they transition to the Air Refueling capable aircraft for the first time.

Providing the ultimate in Out-The-Window realism, this Level D simulator is the world’s largest collimated visual display system on a motion platform, offering an incredible 290° x 60° Field Of View. 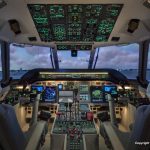 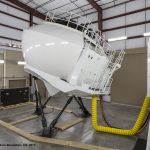 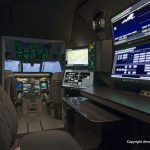