ASI received a contract from NAWCTSD for the development, fabrication, and testing of modifications to the CH-53E and CH-46E APTs, Devices 2F171 and 2F172 located at the Marine Corps Air Station (MCAS) Futenma, Okinawa, Japan.

The purpose of these modification efforts was to increase training system reliability and reduce total life cycle support costs and obsolescence issues. The intent was to reduce total ownership cost by leveraging commonality with other fielded United States Marine Corps (USMC) training devices and maximizing use of Commercial Items.

The development and modifications included the replacement of the Visual System Image Generator and Projector System, a new Instructor Operator Station, and the replacement and integration of the Host Computer System. The replacement of the host includes the integration of the Marine Corps Aviation Common Computing Environment (MACCE) system. ASI is also providing improvements to the trainer to correct previous operational deficiencies and to provide new Visual System Databases.

ASI is also provided Program Management and Logistics Support services to support the successful completion of this program. 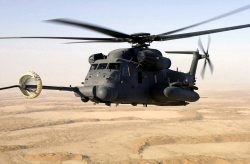