ASI also received a contract from NAVSURWARCEN to complete the Service Life Extension Program (SLEP) for four (4) of the T-34C trainers (Device 2B37B) started by another contractor who did not perform to the standards the government knew ASI could.

ASI completed the SLEP of two of the trainers quickly. As the result of a contract modification, one of the remaining trainers was shipped to ASI’s facility so that ASI could dramatically improve the aerodynamic flying qualities and correct all discrepancies remaining from the previous contract.

The contract was also modified to include rehosting all eight 2B37B trainers to a PC-based computer system. 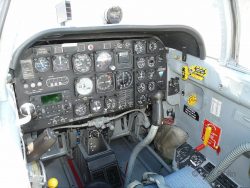 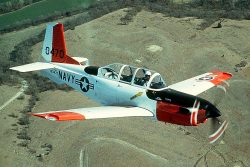